Over 1.300 people visit Museum University of Navarra on first anniversary

The first to arrive were students from Larraona Primary School, who participated in the Sing, Dance, Tell, Paint Workshop. The workshop revolved around the tale "The Lonely Musketeer," based on Picasso's painting "Head of Musketeer," on display in the Museum. The kids dressed up as musketeers and played games that combined performing arts and plastic techniques.

At the Museum, the University of Navarra's Tantaka Inclusion program awarded internship completion certificates to 15 people with disabilities and COCEMFE users who worked in a number of University services from September to December. The certificates were awarded by Iciar Astiasarán, the University's Vice President for Research, who spearheads the program. The program is subsidized by the Regional Government of Navarre and Caja Navarra Foundation.

Two doctoral candidates – one from the School of Education and Psychology, the other from the Institute for Business and Humanism – defended their dissertations in rooms 1 and 2. 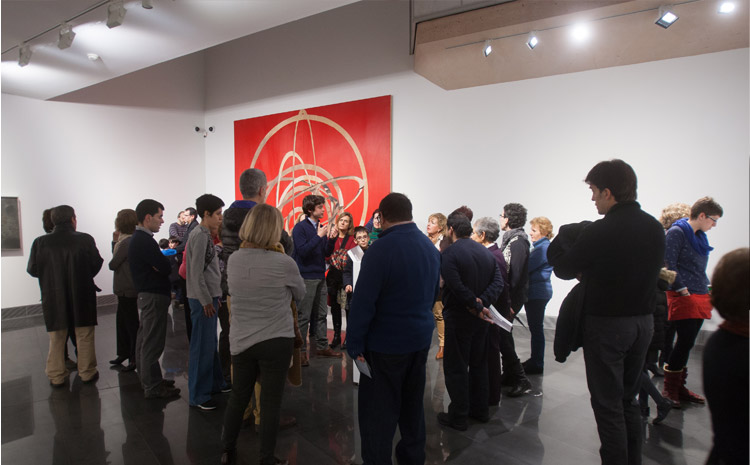 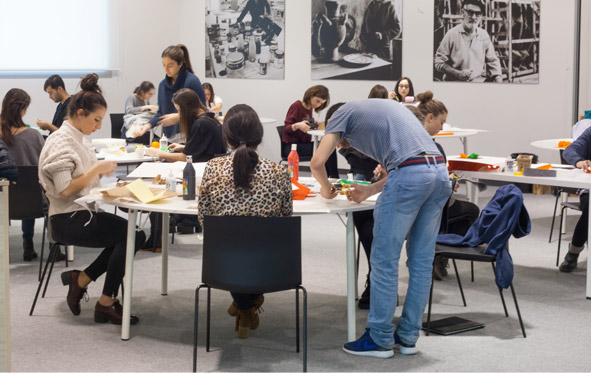 The student body also attended activities to celebrate the Museum's anniversary. The creativity workshop brought together 26 University of Navarra students, who carefully observed a specific object, chose suitable materials and techniques, and created their own works of art. The focus of the artistic process was on the act of creation, not on the result. This workshop facilitated an introspective process, an inner voyage that let the students discover the creative abilities many were unaware they had. "There was a spontaneous hour and a half of total silence while everyone expressed the art within themselves," explained Fernando Echarri, the educational area manager. This first annual workshop served as a trial run to evaluate the workshop's results before reshaping it and opening it up to the general public.

GUIDED TOURS OF THE EXHIBITIONS

Over 200 visitors took guided tours at noon and 6 p.m. to see the temporary exhibitions of Cristina de Middel's Man Jayen and Xavier Ribas's Nitrato. Around 100 visitors also had the chance to see the theater's wings, backstage, dressing rooms, stage and orchestra pit.

SLIDE SHOW IN THE THEATER AND DISCOVERING THE COLLECTION'S GEMS

SLIDE SHOW IN THE THEATER

In the theater, the performing arts were represented through looping images of last season's shows held in the theater and in parts of the Museum.

Ignacio Miguéliz, the manager of the Museum University of Navarra's Curatorial Department, gave about 50 visitors, mostly Friends of the Museum, a tour of the vaults, the most exclusive and inaccessible part of the building and where the Collection is kept and conserved.

The curator explained the 38-vault storage system intended to house oversized pieces. He showed the group several works from the Bridge Building curatorial program, as well as photographs by Roland Fisher and Lynne Cohen. The vaults also house several pieces from the María Josefa Huarte Collection not currently on display, in addition to works by artists such as Manrique, Sempere, Burguillos, Tàpies and Rueda.

The group also visited the compact vaults, which house the bulk of the photography collection (with over 15,000 pieces from the 19th and 20th centuries), in addition to small formats of the Bridge Building Collection. Miguéliz explained the versatility of the system, which combines horizontal and vertical cases and shelves of varying sizes. 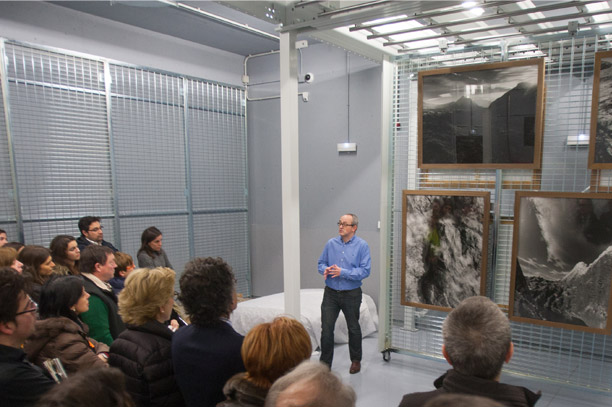 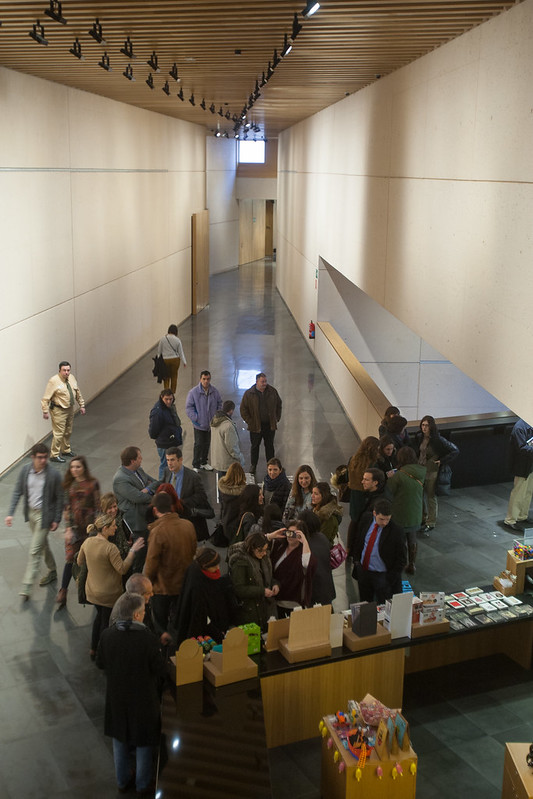